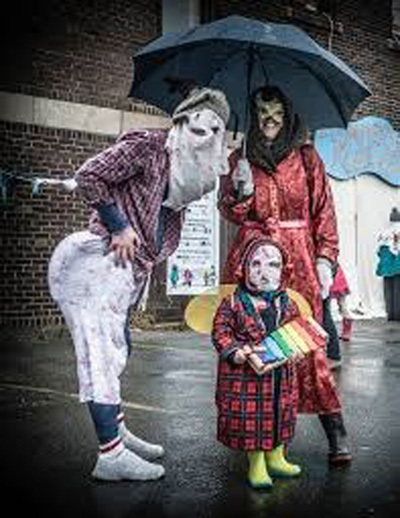 Originally, you had to dance for your “treat.”
Brenda Comstock
Tuesday, October 23, 2018

Trick-or-treating has also been traced by some to the European practice of “mumming,” or “guysing”. During the practice costume-wearing participants would go door-to-door performing choreographed dances, songs and plays in exchange for treats.

Another origin comes from the Middle-Age practice of the poor dressing up in costumes and going around door to door during Hallowmas begging for food or money in exchange for prayers. The food given was often a Soul Cake, which was a small round cake which represented a soul being freed from Purgatory when the cake was eaten.