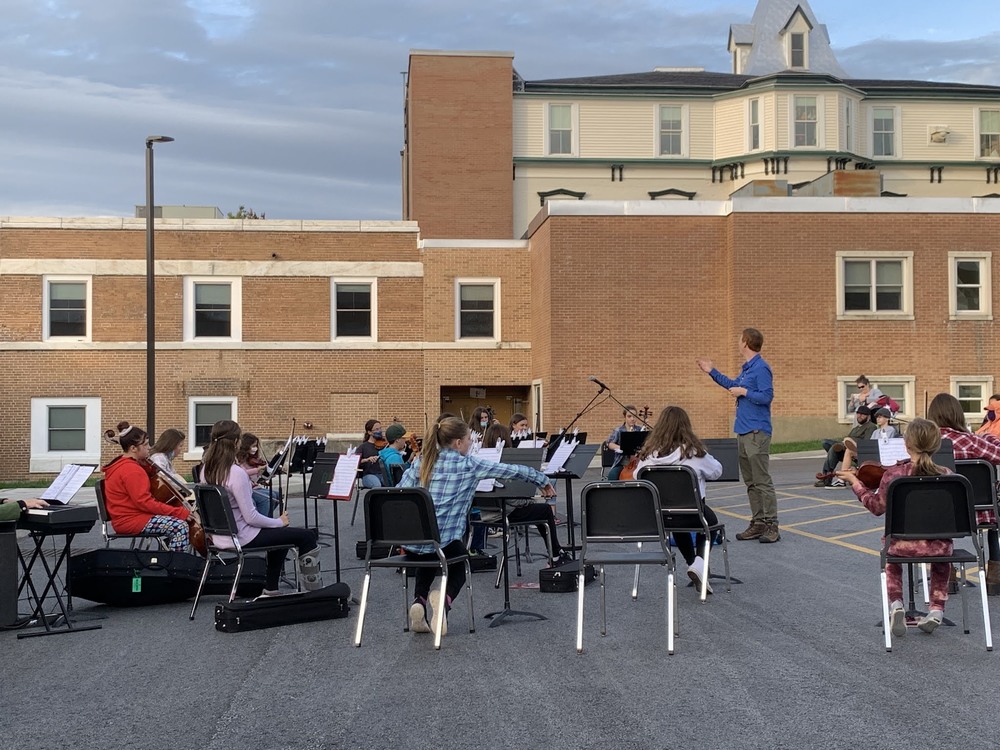 String students from across the Maple Run School district performed in the upper connector parking lot at BFA for an enthusiastic crowd on October 21st. Rusty Charpentier, Maple Run String Educator, and Eric Bushey, BFA Music led the students in selections that included “Night on Bald Mountain” “The Abandoned Funhouse” and “Poor Wayfaring Stranger” among many others. This concert featured students from grades 4-12 and showcased just how vibrant and alive string music is in our district.

Since Rusty Charpentier’s arrival in our district just a few years ago we have gone from a string program in the single digits to over 80 students across the district playing instruments that include the violin, viola, cello, and string bass.

What was feared to be a rained-out show turned into a lovely evening for an outside concert. The clouds parted, parents set up their camp chairs and all were serenaded for nearly an hour with lovely string music. Stay tuned - there is much more to come this year!